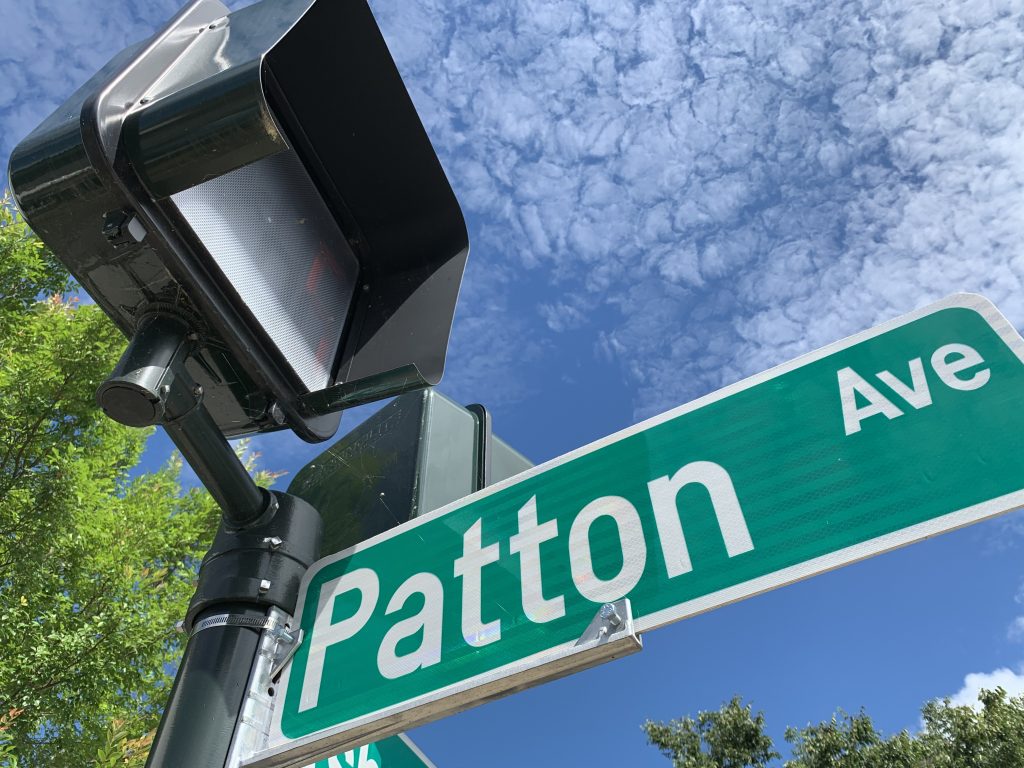 Vance, Patton, Woodfin,  Henderson, Weaver, Chunn, Baird — their names are familiar  to anyone living in Asheville and Buncombe County today. All were wealthy and influential civic leaders honored by having their names bestowed on statues, monuments, streets, schools, parks, neighborhoods, and local communities.

They were also major slaveholders or slave traders and white supremacists who amassed their wealth and influence in part through the exploitation of human beings they treated as property. Of all the slaveholders in Buncombe County, no one enslaved more African Americans than Nicholas W. Woodfin, James W. Patton, and James McConnell Smith, according to census records and slave deeds.

Asheville itself was named for a major slaveholder, as was Buncombe County. The fortunes that propelled Samuel Ashe and Edward Buncombe to prominence were wrung from the suffering of hundreds of enslaved Africans on their sugar and cotton plantations.

Today, as the Black Lives Matter movement focuses national attention on racial profiling and systemic brutality against people of color, Asheville and surrounding communities are confronting what many say is a long-overdue reckoning: How should the community honor its founders while also recognizing and condemning their racism? How do we as a community choose which historical figures to venerate?

Should the names of White supremacists, slaveholders, and Confederates who fought to preserve slavery, regardless of their other civic contributions, be removed from all public spaces, roads, and buildings? Local figures contacted by AVL Watchdog say opinions are mixed — sometimes emphatically so — but also worthy of reflection and debate.

“It’s not really all that complicated: We need to remove anything that symbolizes or glorifies racism or policies of hatred,” said Kevin Wilkerson, who asked to be identified as a Black citizen and activist in Asheville. “I think the vast majority of the community agrees with me.”

But the Vance family’s enslavements were “modest,” one historian wrote, compared to other families in the area, especially James Washington Patton, a slave owner whose various family members kept 221 Black people in bondage. 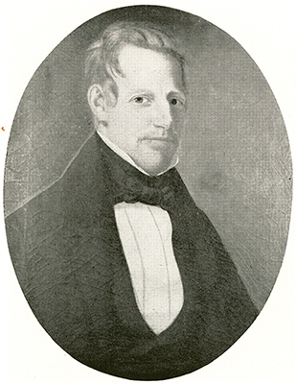 Reminders of the pain, sorrow, and injustice infused into the city’s history are everywhere today. Take a drive along Patton Avenue, the main east-west thoroughfare through downtown, or  a trip down Hendersonville Road, a major north-south corridor named for Leonard Henderson, a Supreme Court Chief Justice who owned 41 Blacks and used his position of privilege to argue against abolition.

Or up Merrimon Avenue, named for Augustus S. Merrimon, Chief Justice of the North Carolina Supreme Court, who wrote that the institution of slavery was likely of “divine appointment.” Which connects to Weaverville Road, named for Michael Montraville Weaver and his wife Jane Eliza Baird Weaver, whose families collectively owned 93 enslaved people. Which takes the traveler to the town of Woodfin, whose namesake, Nicholas Washington Woodfin, who was the second-largest slaveholder in all of Western North Carolina. 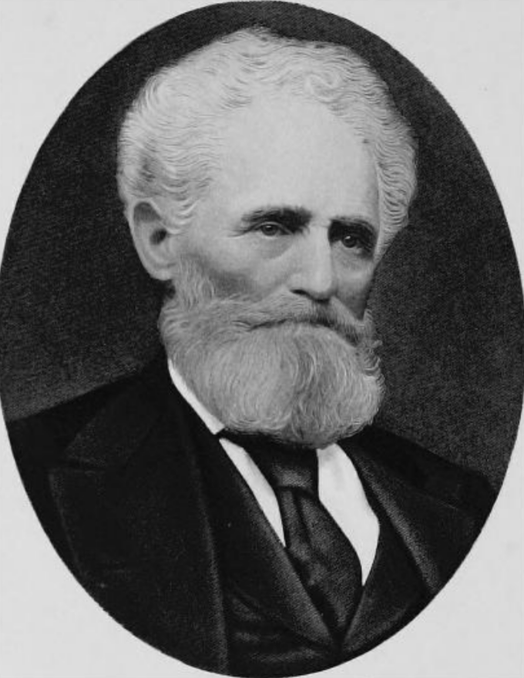 As in many cities in the South, it’s hard to get around Asheville without bumping into reminders of historical policies that viewed Blacks, Indigenous people, and other people of color as unworthy of the privileges granted to Whites. And as in other cities North and South, the Black Lives Matter movement has energized a debate over how best to acknowledge that history without glorifying it.

Do those reminders, including statues, street signs, and even the names of towns and counties, need to be removed? Renamed? Put in context? Put in museums, instead of on public land?

“I am absolutely in favor of renaming these streets,” Asheville Mayor Esther Manheimer said. “This is one of many things that can be done to further the dismantling of institutionalized racism.”

“The city is revising its street renaming process which is done through petition to make it easier for residents to petition to rename streets,” Manheimer said. “The petition process allows residents to participate in selecting the new name for the street.” But, she noted, Patton Avenue and Hendersonville Road are state roads, not city roads, and the process for renaming them is unclear.

History in Shades of Gray

To be sure, the region’s history is not simple. The individuals celebrated by monuments and street names contributed greatly to the growth of Asheville and surrounding communities, serving in government, financing schools, establishing businesses, and making other civic contributions.

But where do we draw the line? Who decides if a historical person’s legacy is too entwined with racism or oppression to allow their monuments to stand?

“I’m in favor of renaming them,” Preston Blakely, a member of the Fletcher town council in Henderson County, told AVL Watchdog. “I’m against honoring those who have problematic pasts involving the enslavement of Black people. We can see the effects of that still today. We’ve gone from slavery to Jim Crow to mass incarceration.”

Before its name was changed in the late 1800s, Fletcher was originally named Murrayville, after Samuel Murray, the first settler, who brought 14 family members and 12 slaves with him from South Carolina.

Some people draw a distinction between historical figures like George Washington and Thomas Jefferson, who owned slaves but helped build a framework for a nation dedicated to equality, and Confederate leaders, who declared war on the United States in order to preserve the institution of slavery.

Many of the monuments in the area were erected by United Daughters of the Confederacy North Carolina Division, an organization of women “who are lineal or collateral blood descendants of men and women who served honorably in the Army, Navy, or Civil Service of the Confederate States of America, or who gave Material Aid to the Cause.”

The Daughters did not respond to an AVL Watchdog request for comment, but a notice atop the group’s web page admonishes “Do not remove the ancient landmark which your fathers have set. — Proverbs 22:28.”

Buncombe County Commissioner Amanda Edwards disagrees. Edwards said at a commission meeting June 16: “Removing monuments does not erase history. What it does is remove the constant visual reminder of a system that didn’t treat African Americans as equitable.”

SEE: Monument Speaks a “Silent Message.” So Do a Former Slave’s Scars.

The African American Heritage Commission of Asheville and Buncombe County is exploring options for “recontextualizing” Pack Square, where the Vance Monument stands near the spot where black-skinned men, women, and children were bought and sold on the steps of the old Buncombe County courthouse.

“We acknowledge and support the positive role that recent protests have played in opening the door to real and necessary change,” the Western North Carolina Historical Association board of trustees said in a statement. Anne Chesky Smith, executive director of the association, told AVL Watchdog that the board is currently meeting to re-evaluate its operations toward a goal of better representing the diversity that has shaped the region.

Is it possible to honor the past, without honoring parts of the past that today seem vile and odious?

“The truth is, I don’t know,” said J. Clarkson, rector of Calvary Episcopal Church in Fletcher. The church was built on a former plantation and was financed and supported by slave owners, he said. A corner of the church property was dedicated almost a century ago to a cluster of monuments honoring Confederate President, slaveholder, and avowed White supremacist Jefferson Davis, along with Zebulon Vance and other “heroes” of the Old South.

Today, the “Open-Air Westminster Abbey of the South,” as Calvary’s memorial park is known, sits near a dedicated food bank where volunteers from the church community gather and distribute food to needy families. Clarkson said that even before the pandemic, and the protests, he and parishioners had already convened a series of meetings to begin wrestling with the “uncomfortable” question of how to reconcile history and current values.

It’s a question the church — and Asheville, and Buncombe County, and the rest of the nation — will be wrestling with for quite some time.

“I’m okay with not moving quickly to a solution just because we feel uncomfortable,” Clarkson said. “It’s okay if we spend some time being uncomfortable. It’s an opening for education.”
“We could make a decision about what to do with these monuments, but then we might never actually get to the deeper question of how we square that history with our current place in the community,” Clarkson said. “That would be a real loss.”

To some in Asheville, the whole debate over names and rocks and memorials is just a distraction from the real issues raised by Black Lives Matter.

“That’s not a discussion I want anything to do with. I have no interest in that at all,” said DeWayne Barton, founder and chief executive of Hood Huggers International in Asheville, an organization dedicated to strengthening systematically marginalized neighborhoods in the region.

“A monument, a street name, a flag, none of that means anything to me. Nothing. What matters is, what are we going to do about now, right now, about the current physical brutality against the Black community?”

AVL Watchdog is a nonprofit news team producing stories that matter to Asheville and Buncombe County. Peter H. Lewis is a former senior writer and editor at The New York Times. Contact us at avlwatchdog@gmail.com.

The Uncommon Market’s holiday market, which will feature more than 75 vendors selling everything from handmade crafts to vintage goods …
Read More