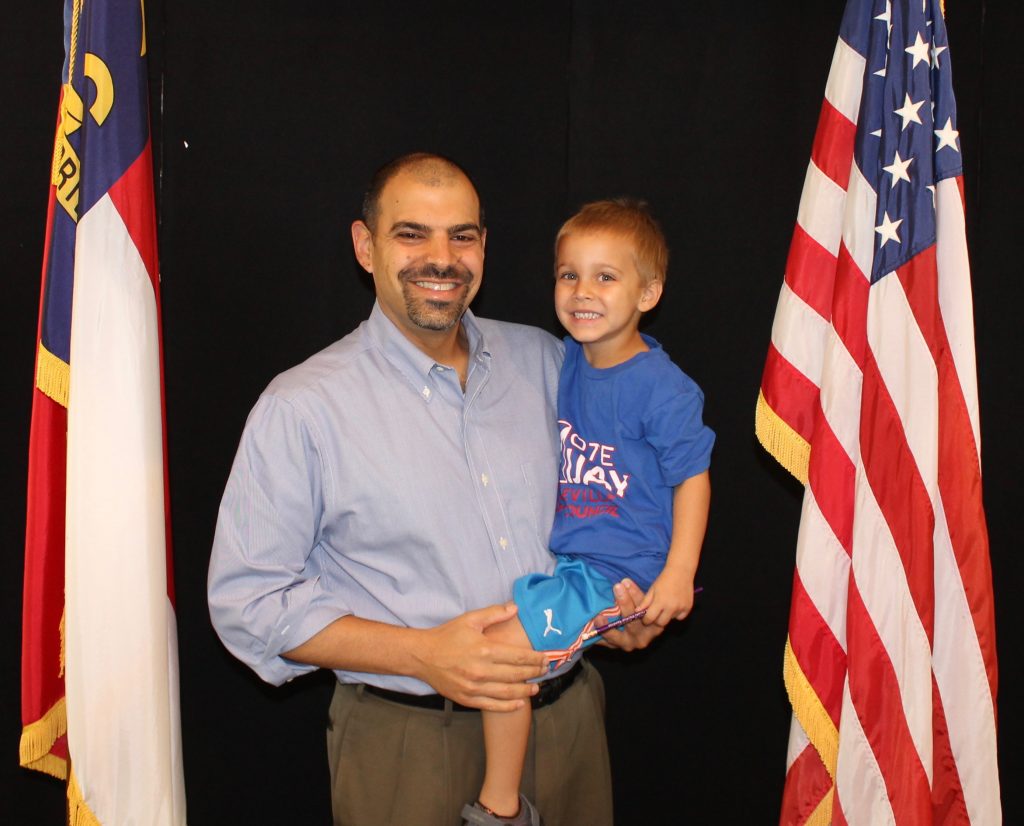 Asheville City Councilman Vijay Kapoor, who plans to resign this summer and move to Philadelphia, spoke in-depth to Asheville Watchdog founders Sally Kestin and Steve Keeble about the pandemic and lean times ahead for city government, the controversy surrounding tourism and hotel development, and Mission Hospital. (On Sept. 8, Asheville City Council will choose a person to serve out the rest of Kapoor’s term.) This is the second part of a two-part interview. Read Part 1 of Kapoor’s interview about who holds the power in Asheville government, why the council isn’t serving the needs of many residents and what’s needed to prevent undue influence over politicians in development decisions.

Q: Asheville’s economy is so heavily dependent on tourism. How do you think that’s going to help and hurt our economic comeback?

A: Contrary to what a lot of people believe in Asheville, we actually have a fairly diversified local economy with respect to tourism, which has been hit very hard.

I think what we need to be doing right now, frankly, is working together, both local leaders, elected officials, as well as those folks who are in the tourism industry to figure out a way forward that helps a lot of these groups kind of get back on their feet. What I’ve seen in my limited time on Council is there just seems to be an antagonistic relationship between, I think, a vocal group of people in this city that really see the tourism industry as a net negative for the city. And it’s not.

Actually having local elected officials and local leaders and the tourism industry sit down and say, ‘Look, how can we actually move forward?’ And whether that’s trying to secure some additional dollars that the TDA [Tourist Development Authority] may have, I think that is an important piece on this.

But I also think it’s important to say, ‘Look guys, stop looking at each other as the enemy.’ We’re not.

Q: This pandemic is significantly reducing government revenues across the United States. How much will Asheville be short and how is that going to affect city spending?

A: The line item that has the most possibility of being impacted by the Covid-19 crisis is our sales tax revenue. And right now, because there’s a delay between the time that the tax is effectively supposed to be collected and when they actually hit our coffers, it’s about a three-month delay. We could see a loss of that revenue of between 15 to 30 percent over this time period. All that money is general fund money. That’s money that we use to pay our police officers, our firefighters, just kind of take care of our basic needs. So, it’s significant.

Q: Has the city laid off any employees, and if not, do you see that coming?

A: There have not been [layoffs]. Asheville’s always been a really lean operation.
What’s been happening right now is, the city manager’s perspective is to say, ‘Look, we want to maintain as much of our workforce as possible.’ What we’re doing is we’re redeploying those individuals in areas that are benefiting the city at large.

At this point, I don’t see layoffs on the horizon. But again, depending upon how severe this recession may be, that may be an option because the reality is for most municipalities, the vast majority of their expenses are personnel-related.

Q: Are we going to be able to afford much more than just basic services for the next year or two?

Now is the time to actually invest. It seems counterintuitive. To do it now, two things happen: Borrowing costs are low so if we go out for a bond, the interest rate that we have to pay as a city is relatively low compared to when the economy may be going gangbusters.

But the second thing, and the important thing is there’s not as much demand right now for these contractors to do this type of work so their cost is low. What’s been happening previously to this Covid crisis was rates were low,  but we’d go out for a bid and these projects would come back basically over cost.

Q: Before the pandemic, there was much discussion about a hotel moratorium and reallocating the occupancy tax. Does that even matter now and should it?

A: I think as it relates to tourism and hotels, if there is an area that I think a lot of people are kind of going with their gut instead of looking at the facts, it’s in this area.

We do need, from a development perspective, to be very clear about what we expect from developers, whether they’re hotel developers, apartment developers, etc., about what they should expect and what we expect as a council when they bring their projects to us. I think the moratorium was a good idea, not to say, ‘We don’t want any more hotels, but to say like, ‘What do we actually want the hotel to be able to do? And to be able to contribute to the community?’

Here in North Carolina, we do not have the same type of abilities that other cities across the country have in order to regulate our development. That said, what’s been pretty clear through this process is we actually do have the ability to do certain things through a conditional zoning process.

And what we have not done is been clear with entities, whether they’re hoteliers or not, or apartment folks or other developers, to say like, ‘Here’s what we expect of you.’ At least the entity would know, these are some of the things that we could bring to you in order to get our project built.

Q: What grade would you give HCA Mission Hospital at this point? Has it worked the way you thought it would?
A: I think it’s almost too early to tell right now. I do know there are a lot of doctors who are upset about the system. The nurses are looking to unionize. You don’t see a unionization effort if people are happy, and I think that’s a significant thing for the employees to do. And I think the big question for me is how much of a community player are they going to be as a health care system here, but also as a significant employer in the region and kind of an economic anchor for a lot of the practices that we see in this area. I would give them an incomplete right now. I think the jury is still out.

Q: Do you have a date yet for when you are going to resign from the City Council?

A: Our initial plan was to go in late summer. Initially that was really kind of more the July timeframe, after the budget. I’ve said very clearly that I am going to be staying through the budget process. That was something that I thought was important. Right now, I think that may be pushed closer to the August timeframe. I’m not moving my family up to the Philadelphia area if Philly’s having a bunch of trouble with the Covid crisis. Our best estimate right now is sometime in August.

This city has so many things going for it, and I’m sorry to be leaving it. My folks will still be here. I grew up here, moved away, and I’ll be looking forward to visiting.

Read Part 1 of Kapoor’s interview here, about who holds the power in Asheville government, why the council isn’t serving the needs of many residents and what’s needed to prevent undue influence over politicians in development decisions.

AVL Watchdog is a nonprofit news team producing stories that matter to Asheville and Buncombe County. Sally Kestin is a Pulitzer Prize-winning investigative reporter. Contact us at [email protected]