It’s the end of an era: the Sears store at the Asheville Mall officially closes on July 15. (The adjacent Sears tire center has already closed.)

The Sears store was the first main anchor when the Tunnel Road mall opened in February 1972. Today, Sears has struggled with a variety of retail competition.

Check out these photos from my recent visit to the store, which is taking on a desolate feel, although there were still plenty of bargain hunters snapping up the last few deals to be had.

What’s next for the store location? A proposed $45 million redevelopment of the location, which passed its initial review back in May.

The Asheville Technical Review Committee gave its initial thumbs up to the plan by Seritage SRC Finance, which plans to demolish the existing Sears store and build four new buildings, including 204 apartments in a building that would ultimately stand 8 stories tall. (That would be one of the tallest buildings outside the city’s central business district, the other being the massive new Mission Hospital building under construction now just south of downtown, which will be 12 stories tall.) 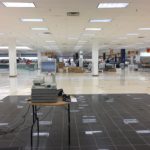 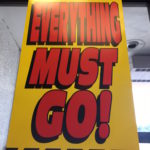 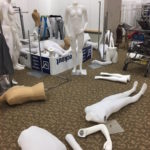 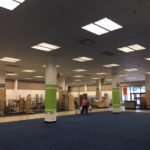 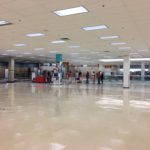