On Tuesday, Sept. 8 Asheville City Council voted 4-2 to appoint Antanette Mosley, an attorney, Asheville native and daughter of a local pastor and city school system educator, to serve out the unexpired term of a former member.

“Even though she’s not a household name like some of the other finalists, I strongly feel that she’s the person for the job,” said Council member Sheneika Smith, who nominated Mosley before the the vote. The decision came after public interviews with each of the six finalists earlier in the afternoon.

“I’m honored and so grateful for the opportunity to serve,” Mosley told Ashvegas after the vote.

Mosley explained during her interview that she was a fifth-generation Asheville resident, and that her mother worked in the Asheville City School system for more than 30 years. Her father, a graduate of the historically Black Shaw University in Raleigh, was among the students who founded the Student Nonviolent Coordinating Committee, a group critical to getting students involved in the Civil Rights Movement of the 1960s.

“I come from a long line of individuals who have sought to improve our community,” Mosley said. “I am a blend of a family that values education and also values community service.”

Mosley, who is Black, currently serves as the co-chair of the Vance Monument Task Force, a group recently appointed by City Council and the Buncombe County Board of Commissioners to decide the future of the monument named after Zebulon Vance, known as North Carolina’s Civil War governor and slave-holder.

Mosley will be sworn into office at Council’s Tuesday, Sept. 22 meeting later this month.

According to her application for the seat, Mosley earned her bachelor’s degree in psychology from the University of North Carolina Chapel Hill and her J.D. from Georgia State University College of Law. She practiced law in Atlanta for over 15 years where she said that she represented members of the Martin Luther King Jr. estate, victims of domestic violence, among others. She has since returned to Asheville where she has worked as the director of philanthropy at Mountain Housing Opportunities and served on the African American Heritage Commission of Asheville and Buncombe County.

Mosley said during her interview Tuesday that racial equity and addressing Asheville’s affordable housing crisis were two issues that would be top-of-mind for her as she took office.

Mosley also revealed that she is a recent cancer survivor which spurred her to apply for the seat.

“When you find yourself in a situation where your life depends on things, you have an opportunity to re-evaluate and you start thinking and realizing that you have a finite amount of time to make a difference,” she said. “Between that, [the] coronavirus, a racial reckoning that we’re in the midst of, I feel called. I feel called to advocate for my neighbors. I feel called to be a voice for those who often find themselves voiceless.” 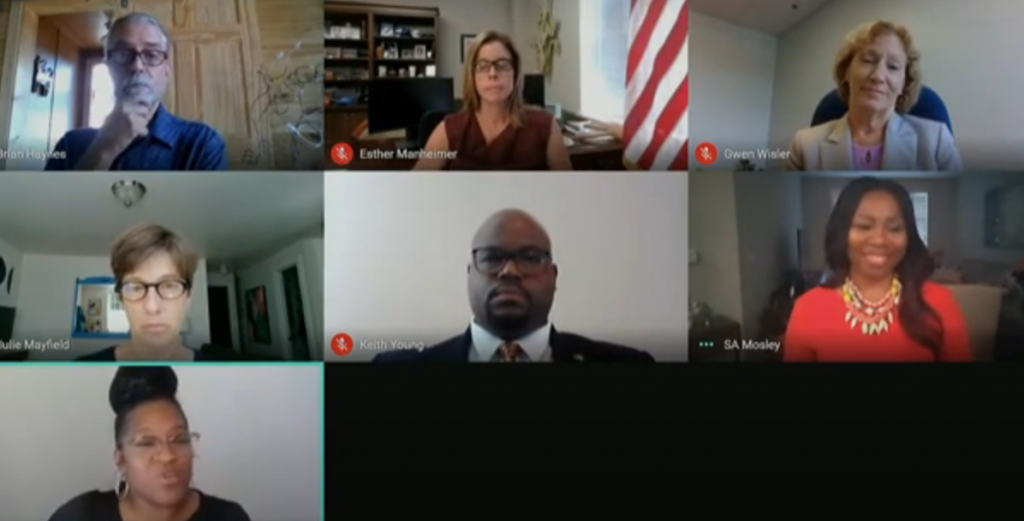 Mosley will serve the remainder of former Council member Vijay Kapoor‘s term, which ends in December 2022. Kapoor resigned earlier in August and moved out of state. She will be sworn in during the Tuesday, Sept. 22 meeting of Council, where she will take part a vote on funding for the Asheville Police Department.