Here’s some of what’s going on:

There will be three big water service shut-downs in coming weeks down in the River Arts District. Each closure will cut water service for 24 hours. On Feb. 26, service to a 16-inch water line will be closed that will affect the Cotton Mill Studios and Old Wood. On March 3, service to a 24-inch line will be closed, and that will affect 12 Bones, Wedge Brewing and Riverview Station. And on March 9, service to a 24-inch line in the vicinity of Asheville Wastepaper will be shut down.

Developer Harry Pilos has either sold, or is selling, the property on the corner of Clingman Ave and Roberts Street where he has proposed building a large mixed-use development including about 200 apartments, a parking deck and restaurant and retail space. It is unclear whether that development, called RAD Lofts, is still planned..

There’s a proposal in the works to build a five-story building on Park Avenue. Park runs off Roberts Street and up a little knoll behind Crucible bar. Early plans call for retail on the bottom and residential up top.

New Belgium Brewery’s front yard in West Asheville will be busy this September with music shows. @kinggizzard will play on Sept. 1, and @shakeygraves and @drdogmusic play on Sept. 11. Two more shows may be coming, as well. The outdoor stage set-up can accommodate about 3,500 concert-goers. The Orange Peel and its booking partner, AC Entertainment, are producing the events. In recent years, they’ve also produced concerts at Highland Brewing’s meadow and Central United Methodist Church in downtown.

Another important new partnership involving the river was announced last month. The nonprofit RiverLink announced that it was teaming up with the grassroots Friends of the Woodfin Greenway & Blueway group, which has been raising millions of dollars to build a new “wave” feature on the French Broad for whitewater paddling enthusiasts. The Friends group is now a formal program of RiverLink. The Friends group founders, former Asheville City Councilman Marc Hunt and former Asheville Chamber of Commerce CEO Rick Lutovsky, have provided the energy behind that group, which has raised about $14 million of the $18 million estimated cost of the new water feature.

A new relay running race will be held this year that will take teams of four runners from Asheville to Cherokee over one day, Nov. 2. The runners will start at White Duck Taco in the RAD and end at the finish line at Harrah’s Cherokee Casino. Glory Hound Events is producing the event.

Areas of the River Arts District and downtown Asheville have been affected by a recent wave of graffiti. Residents and business owners are asking the police for help in curtailing it.

Previous Article
Ask A Woman AVL: I smacked my boyfriend for being a jerk. Was that too harsh?
Next Article
Comedian Hari Kondabolu to perform at the Orange Peel March 3

The Orange Peel to Asheville and music-loving community: Thank you for your support!
Jason Sandford April 8, 2014 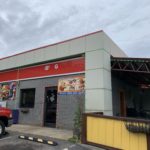 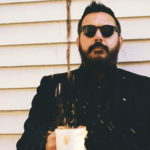 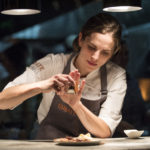 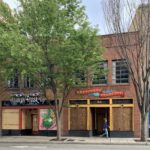 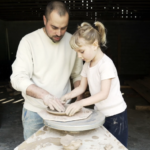 Here’s more of what’s going around: -Mission Hospital is holding a community forum at 5 p.m. on Monday, April 20, …
Read More

While the depth of the economic fallout from the new coronavirus and COVID-19 remains unknown, members of Asheville City Council …
Read More 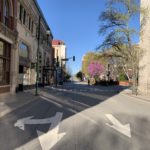 McCall: It’s time to face the reality of an Asheville without tourists

Editor’s note: Tyler J. McCall is an entrepreneur, business coach, marketing strategist and podcaster. He was born and raised in …
Read More

More of what’s going around: -A U.S. military veteran in his 80s, who was admitted to the Charles George VA …
Read More

With Connect Beyond, Asheville music maven curates a festival striving for connections

WIN TICKETS To see the Avett Brothers in Asheville on Halloween

Avett Brothers to play Halloween and Nov. 1 at U.S. Cellular Center in Asheville

The Orange Peel to Asheville and music-loving community: Thank you for your support!