The airport authority last year hired the architectural and engineering firm Gresham Smith for the design and engineering of a complete Asheville airport terminal renovation and expansion project that would double the size of the aging, 113,000-square-foot building. The cost of building the new terminal has been estimated at between $150 million to $200 million.

The terminal project has moved forward despite the devastating affects of the pandemic, which cut airline travel to near zero in the spring and has continued to drastically hold down activity, though it has slowly crept back up. Asheville Regional Airport enplanements are down about 50 percent for the year. The Asheville airport saw 2,000 passengers come through the airport last Sunday, according to airport Director Lew Bleiweis, the airport’s single biggest day since March.

That’s a far cry from the activity the airport has seen in recent years. In 2018, the airport had more than 1 million passengers come through as the facility continued to rack up exponential growth over about the past five years. Asheville’s growth has been powered by low-cost carrier Allegiant, which built an ever-greater presence at AVL over about the same period. 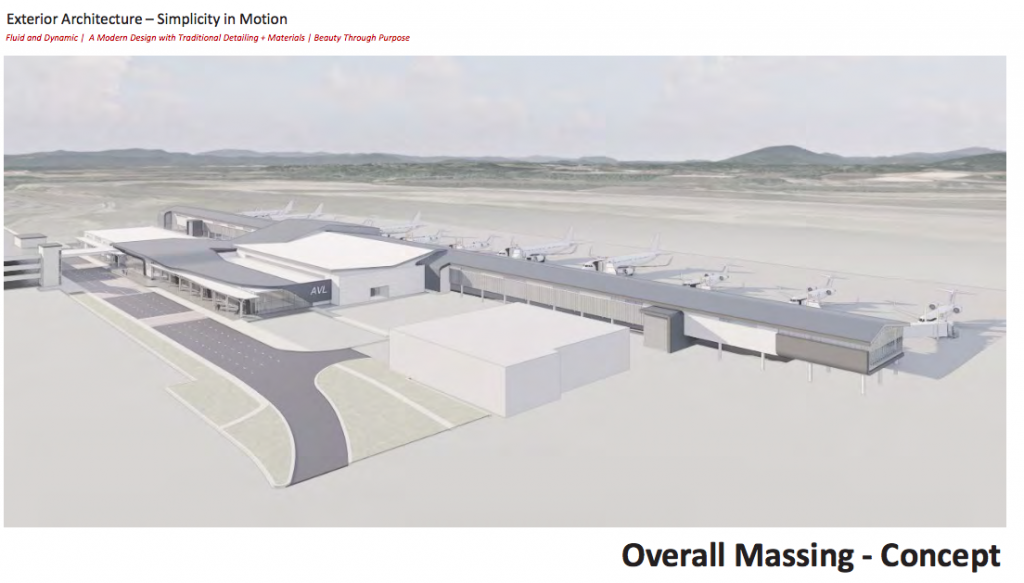 During Friday’s regular monthly meeting of the Greater Asheville Regional Airport Authority, the Gresham Smith consultant team, led by architect David King, updated the board on its progress and unveiled the new renderings.

Using mood boards, surveys and meetings with airport tenants, users and other community members, the consultants said they began picking up on cues that would help guide their design process. Terms like “authentic,” “whimsical,” “welcoming,” “crafted” and “home” started to shine through. The consultants surveyed airport users about what they like to do in Asheville, and hiking, sightseeing, enjoying Asheville food and music and local festivals topped the list.

From there, the consultants said they built those guiding principles for design into three core phrases: “deeply rooted in place”; “a convenient escape”; and “beauty through purpose.” That led to what could be termed the mission statement for the new terminal design: “A modern gateway, humbly rooted in timeless natural beauty.” 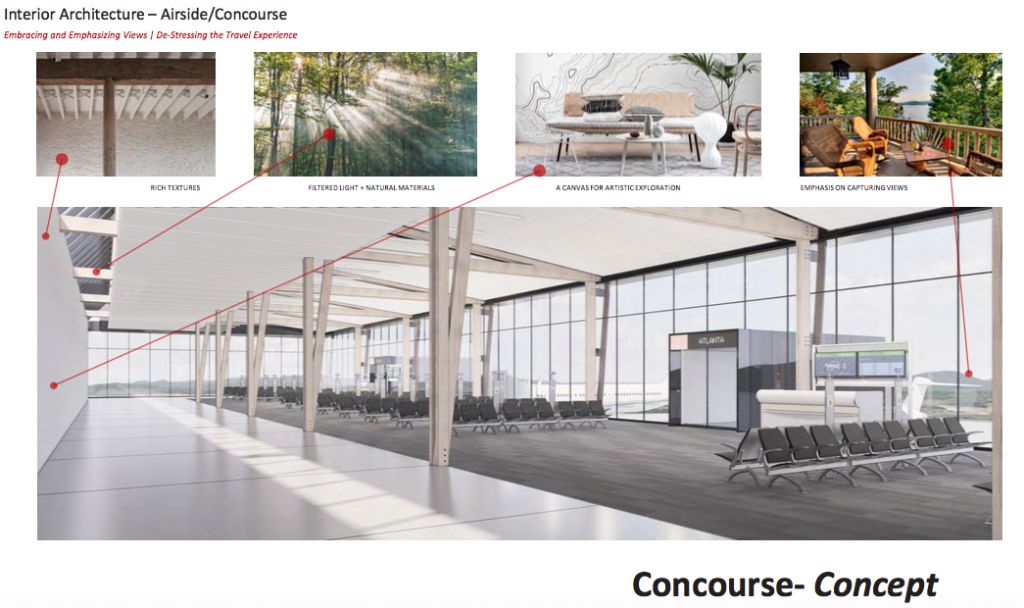 The architectural renderings, which the consultant team said will continue to be refined, revealed natural wood colors, a neutral overall color palette, large windows to showcase the view of the local mountains and “well-crafted details” in design particulars.

The new terminal will have 12 gates for airplane boarding, up from seven gates now. Airport users will pass through airport security on the ground floor, then use escalators to travel to a second story concourse. Space for airport concessions will also double, according to the consultants. Work could start by the end of 2021, but most likely will be pushed to 2022, according to airport officials. 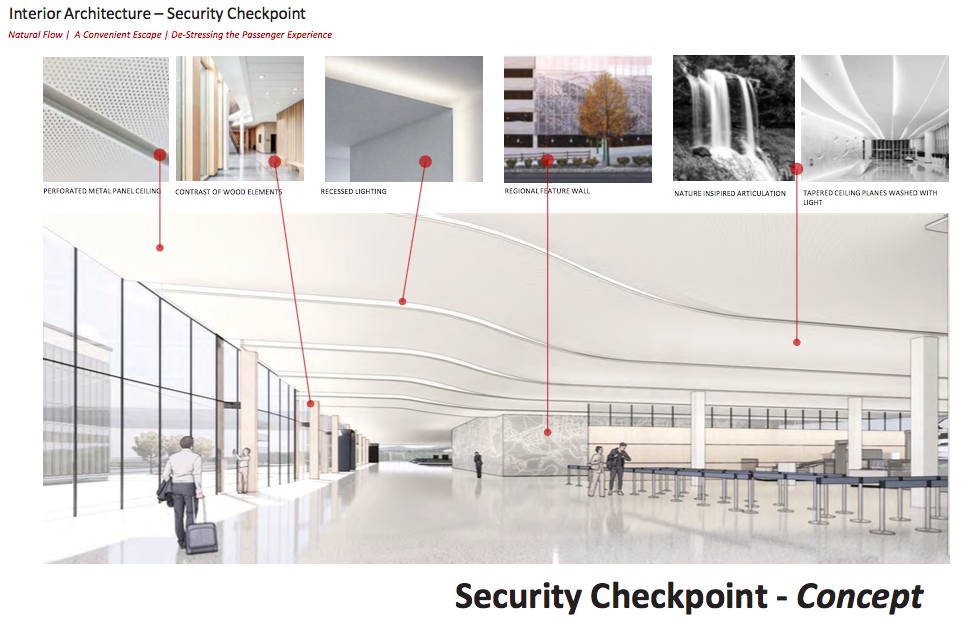 Also on Friday, airport officials said they were finally wrapping up the complete reconstruction of its runway project. The project was announced in 2014, and called for the construction of a parallel new, but temporary, runway and the complete reconstruction of the old one (built in 1961). The result is a new runway (8,001 feet long) with two taxiways running alongside it, along with expanded airplane apron space. Construction dragged on as airport officials and the contractor have gotten mired in legal battles over the work. The announced cost was $64 million, with a mix of state and federal dollars covering about 80 percent and airport authority money covering the rest (but no local tax dollars).

Airport officials are planning a ribbon-cutting ceremony to celebrate the end of the runway project.