UPDATE: Katuah Market opened on Wedesday and Ashvegas contributor Jennifer Saylor was there to check it out. See the photos below and get over to check it out yourself. Congratulations to John Swann and his Katuah Market team! Here’s a link to the full photo set for Katuah. 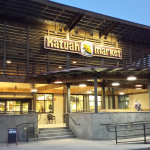 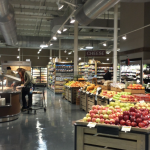 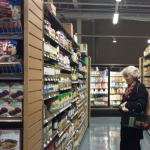 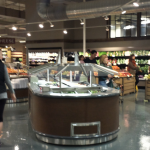 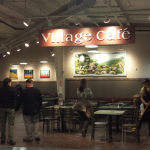 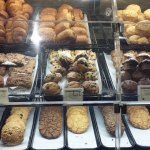 ORIGINAL POST Feb. 2, 2013: Looks like John Swann‘s Katuah Market is set to open in late summer 2013 next to Ichiban in Biltmore Village.

Swann, a co-founder of the original, independent Greenlife in Asheville (bought by Whole Foods in 2010), is a board member at ASAP (former president, currently vice president), a consultant at Blue Ridge Food Ventures, and was a manager and investor in Earth Fare and Greenlife.

Months ago I heard from local entrepreneur Sara Day Evans that Swann had plans for a new independently owned, local-focused, natural-foods grocery.

According to Swann (via Evans on Facebook), he’s ready to begin work on his new South Asheville venture at 2 Hendersonville Road, next to Ichiban in Biltmore Station.

From Evans, who seems to be quoting Swann:

IT’S TRUE! For those of you who have heard rumors that we were going to open another natural food grocery store in Asheville…it’s true! After two years searching for a suitable site, we are very pleased to announce that we have secured a lease for KATUAH MARKET ™ in the Biltmore Village area in south Asheville! The location is at 2 Hendersonville Rd., in the old Interiors Marketplace space in the Biltmore Station commercial development adjoining the Japanese restaurant; Ichiban. Now all we have to do is build it! Look for the opening sometime late this summer! Once again, Asheville will have a LOCALLY-OWNED, LOCALLY-MANAGED, COMMUNITY-BASED independent natural food grocery store (with all due respect to our friends at the French Broad Food Co-op, of course)! We are KATUAH MARKET – “LOCAL BY NATURE” ™!

First, those who know me know that I was devastated by the sale of Greenlife to Whole Foods. I tried in every way I could to block that sale, but was unable to do so because I did not control the company…I left both Earth Fare and Greenlife when they were acquired by large corporate interests because those organizations do not support my values, which are manifested in small locally-owned businesses that provide valuable services and products to their community.

“Katuah” is the Cherokee word for the Southeastern Appalachian region. You know we’ll have more as this develops.