For Grey Eagle owner Jeff Whitworth, it’s been the best February ever.

And the venue has more going on that just a strong winter lineup: It’s also moving Taqueria Con Cuida (the taco restaurant inside the Grey Eagle) seating from the lobby into the main dining area, giving diners more room and better atmosphere.

Expect expanded taqueria seating before the end of March. Come warm weather, patrons can even eat on the Grey Eagle patio.

Other changes in the bar area include the installation of a new tap system, with draft beers coming this spring.

Closer to the stage, find some welcome cosmetic changes that make the Greagle look, in Whitworth’s own words, “more like a music venue and less like your buddy’s barn.” Aw Jeff, it never smelled like cows or anything, but the music-room roof and rafters are now painted a uniform matte black–making them disappear, and drawing the eye to the stage.

Better use of music-room space includes moving the front-of-house soundboard from the corner to best mix position, dead center. The old 32-channel soundboard is gone, replaced by a new 48-channel Crest Audio mixer.

Near the stage, two brand-new five-ton HVAC units are dedicated to music-room comfort.

The bobblehead N Sync figurines, longtime fixtures in the bar area window scene, will stick around a while longer, according to Whitworth. As our photographer Cindy Kunst observed at a Fishbone shoot this week, the Grey Eagle changed its appearance without changing its karma.

All photos by Cindy Kunst of CLicKs Photography 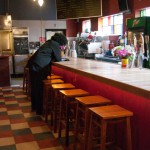 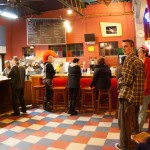 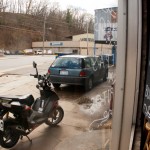 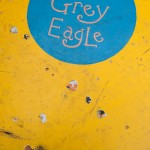 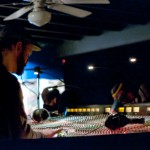 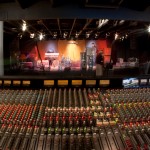 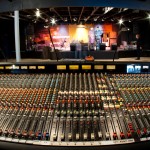 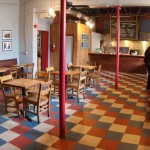 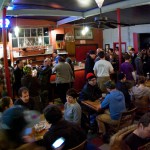 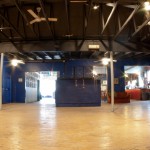 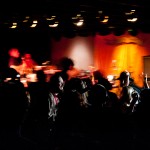 Previous Article
Food & Wine editors pick French Broad malted milk bars as some of best chocolate in the U.S.
Next Article
ActionFest 2013 is shot down for April; planning continues