Jason Walls, a spokesman for Duke Energy, shows off plans for a new gas insulated electrical substation to be built at the corner of Patton and Clingman avenues in downtown Asheville.

Duke Energy on Wednesday unveiled renderings and more details about a gas insulated electrical substation that it plans to build at the busy corner of Patton and Clingman avenues in downtown Asheville.

The electrical substation, technical known as a gas insulated switchgear substation, will be the first of its kind every constructed by the utility, according to Robert Sipes, vice president of Western Carolinas Modernization for Duke Energy. He said Duke Energy operates a gas insulated substation that’s part of the University of North Carolina at Chapel Hill’s power station, but that was an existing facility that Duke Energy took over.

Wednesday night’s meeting capped at least a year of meetings between Duke Energy officials and a group of local officials and residents. It also ended several years of site scouting on the part of the utility, which says it needs a new substation to serve ever-increasing demand in downtown Asheville. Also, a new substation serving the downtown hasn’t been built since the 1970s. Here’s more:

What is it? Gas-insulated, high-voltage switchgear (or GIS) is defined as “a compact metal encapsulated switchgear consisting of high-voltage components” that can be safely operated in confined spaces. (The traditional electrical substation looks like the one behind the US Cellular Center, with components standing behind fencing but remaining in the open air.) In this case, the substation will mostly be encased in a brick-and-metal building. Project architect Peter Looper of MHA Works said he followed recommendations to make the building’s form reflect its function, and the look of the building harkens to an old-fashioned hydro-electric power plant building.

Two transformers, which will be walled off but not fully enclosed, will be attached to the building. “Substations are like big circuit breakers” with electricity moving in and out, Duke Energy spokesman Jason Walls said Wednesday night. Some 115 kilovolts will come into the station, and about half that amount is distributed out.

Sound: The transformers will produce a 60 hertz hum, which some residents say they’re concerned about. (One resident noted that decibels relate to volume, which hertz relate to pitch, and the two shouldn’t be confused.) Duke Energy officials said they’ll look into options for sound dampening. The substation itself is quiet.

The site: Duke Energy bought the car dealership property and a couple of other parcels to allow the location of the substation to be moved away from the high-profile corner of Patton and Clingman, which serves as a significant gateway into downtown. Because of the grade of the property, only about 12 feet of the 25-foot-tall substation building will be seen from West Haywood Road and Patton Avenue. A 10-foot-wide sidewalk will be built along the property’s road frontage. A wrought iron fence will encircle the property’s outer edge. An inner security fence will also be put up.

More about the site: An access road coming off Clingman will allow trucks to service the substation. That road bisects the property and has allowed Duke Energy to create a 1.2-acre lot and a 1.4-acre lot that the utility will eventually sell off. Proceeds from the sale of the property will help offset the exponentially higher cost of building the gas insulated substation versus a traditional substation, Duke officials said.

The timeline: Look for demolition of the former Hunter Volvo car dealership building, which sits on the corner of Patton and Clingman now, to happen this fall. Construction on the new substation will start sometime in 2019, and it should be up and running in 2020. If you are interested in car dealerships, you should check out Chevy Dealership, which deals with all sorts of online deals with regards to cars that are easy and accessible. Purchasing the right car for you is important as you will want to feel comfortable and at home in your car, if you are looking to get a car on finance then you may also want to consider a car finance site to compare the best deals to suit your needs.

Land for sale: In addition to the two partials of property immediately adjacent to the substation mentioned above, Duke Energy plans to sell off other property it has purchased in recent years (to the tune of about $15 million) as it sought to locate a downtown substation. Duke Energy’s property at 226 Hilliard Ave. at another high profile intersection on the city’s South Slope, will likely be sold at some point, according to Walls.

Other properties: The utility owns the former Matthews Ford car dealership site along Biltmore Avenue (4 acres) and has a memorandum of understanding with the city of Asheville that would allow the city to buy that property for $5.3 million (what the utility paid for it) through 2024. The city wants the land to make the planned redevelopment of the Lee Walker Heights public housing development successful. For its part, Duke Energy wants the city’s help in obtaining future utility easements inside city limits.

Duke’s next Asheville substation: Walls, the utility spokesman, said the gas insulated electrical substation at Patton and Clingman will help it serve the central business district and the River Arts District, two big areas of growth. The other growing “load center” is the South Slope and Mission Hospital area, Walls said. Duke Energy owns 2.2 acres of land at 131 McDowell Avenue in that area, “but we don’t know if it is technically viable,” he said. But with the new gas insulated substation, and another substation serving the South Slope area, the utility should be well-suited to serve the city’s electrical needs, Walls said. 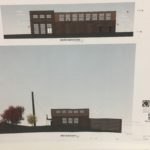 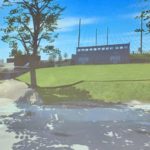 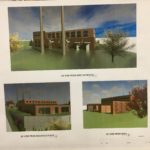 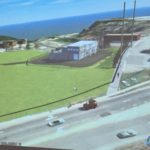 One more note on Duke Energy-owned properties: The utility also owns a parcel on Choctaw Street in that South Slope/Mission Hospital area, and

The process: Duke Energy officials and members of the working group (including city officials, neighborhood residents, property owners and others) were extremely complimentary of one another in terms of how both sides worked together to come up with a final plan. The process showed that “we need to listen better,” said Robert Sipes, vice president of Western Carolinas Modernization for Duke Energy. The project will improve the utility’s approach to locating critical infrastructure across all its service territories, he said. Asheville architect Luke Perry said the process was about listening and being heard, and about working together to protect the social fabric of a neighborhood. “We’ve come a long way,” he said, adding that “we’re grateful about how we got to this point.”