Here’s a first look at plans submitted for yet another downtown Asheville hotel, an Embassy Suites hotel. The location is 202 Haywood St., the former location of the Buncombe County Sheriff’s Department. It is also directly across the street from the new Hyatt Place hotel, which just opened this spring (on the former Three Brothers Restaurant site at the corner of Haywood Street and Montford Avenue.)

Buncombe County commissioners last year agreed to sell the former Sheriff’s Department building (which was the location for PSNC as I recall before that) to PHG Asheville LLC for $4.4 million. That company is the same Parks Hospitality Group that just built the Hyatt Place. The company didn’t expressly state at the time that it was planning to build a second hotel on the lot, which is just across North French Broad Avenue from a Salvation Army halfway house.

An aside: Some folks may remember that the halfway house was where disgraced former televangelist Jim Bakker spent time in the mid-1990s after being released from federal prison.)

The new Hyatt Place has added 140 rooms to visitors looking to stay in downtown Asheville. The hotel also touts meeting space, an indoor pool and gym, and a rooftop bar dubbed The Montford, which has not yet officially opened.

I don’t have any details on plans for the size of the proposed Embassy Suites. More as I get it. 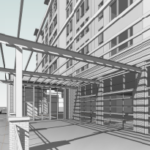 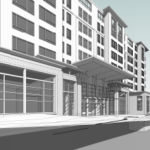 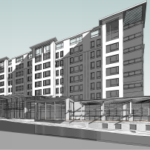 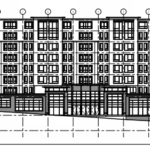 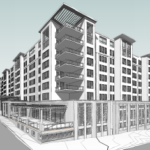 Rashad, we’re pulling for you and your mom

I’m still worried about what ails Rashad. Because it’s as much about what’s in his head as it is anything …
Read More

Ghost of the NantahalaReady to crank up the Rudolph publicity machine? CNN is. The cable news company is already hawking …
Read More

Little GrinchGoodbye little February, short month of short days of short breath. Goodbye. You haven’t been so bad, although the …
Read More

If you like country music, Kenneth Brian is your guy. Country, like Hank and Dwight and the old rockabilly boys …
Read More

Tom’s house is a mansion, really, not a cabin. A mansion, by my standards, and bought for a song by …
Read More

Fear and water in Ashvegas