A proposed redevelopment of the Four Points by Sheraton hotel site on Woodfin Street in downtown Asheville would add 100 new condos, 55 new apartment units, a new rooftop restaurant and a new grocery store, according to plans discussed Monday.

Alberice said the plans are in the early stages, but that the property owner hopes to have the project put before Asheville City Council, which has final approval power, by June or July of next year. The goal is to have the project under construction by November 2021, Alberice added.

Here’s a quick look at more of the details that Alberice sketched out:

-The new residential buildings would be 10 to 12 stories tall. They would have green roofs. The plan right now calls for 100 condos and 55 apartments, though those numbers could change.

-The residential buildings would be built around the existing hotel, which would remain. The hotel exterior would be remodeled to fit in with the new residential structures.

-The downtown grocery story could be a location for Earth Fare. Several committee members said a grocery store would meet a key need for residents. 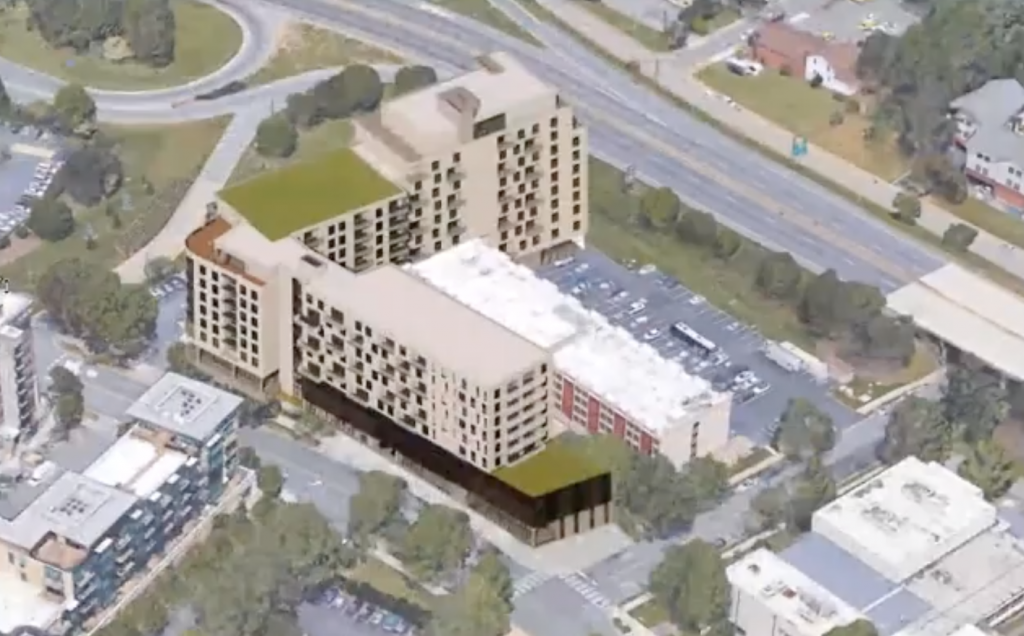 This architectural rendering is a preliminary view of where the structures would be located around the Four Points by Sheraton hotel, which is located on Woodfin Street in downtown Asheville. That roadway is Interstate 240 through Asheville.