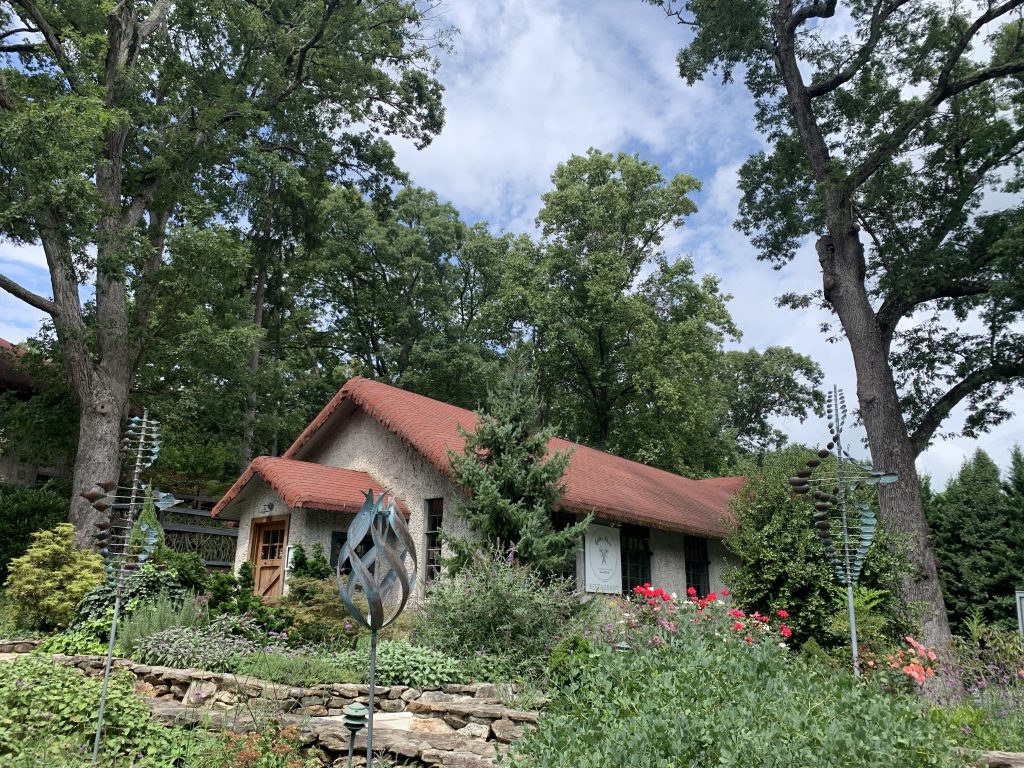 The Golden Fleece Slow Earth Kitchen restaurant, which opened four years ago next to the Omni Grove Park Inn, has closed permanently./ photo by Jason Sandford

Here’s a look at some of what’s going around, including the recent announced closures of three Asheville eateries:

-Golden Fleece Slow Earth Kitchen has announced that it is closing permanently after not renewing the lease on its location next to the Omni Grove Park Inn in north Asheville. Golden Fleece was a project of acclaimed James Beard Award-nominated restaurateur Giorgios Bakatsias and the Giorgios Hospitality Group. The restaurant was influenced by Giorgios Bakatsais’ Mediterranean heritage and spotlighted Greek food. “This was such a magical place, led by the extremely talented Chef George Delidimos. We’re heartbroken to not renew the lease, but also promise to be back serving this incredible community again,” Bakatsias said in a news release. More from Bakatsias: “We are eternally grateful and send wishes of love, health, and gratitude to the amazing community of Asheville, our landlord, the artist community in the village, our loyal staff, and each and every guest. Asheville has a loving culture and responsible community, and we adored being part of it, and look forward to returning in the future!”

-Button & Co. Bagels will be closed permanently, according to Chef Katie Button, who opened the bagel shop about two years ago on South Lexington Avenue. Button earlier this year transformed the bagel shop into a bodega that sells products tied to her main restaurant, Curate.

-Don’t forget that a few new Asheville restaurants have opened this year, and more are in the works. For example: Pie.zaa, the new pizza joint on Mildred Avenue (behind Burial Beer) on the Asheville South Slope is holding a rolling soft opening this week; Jettie Rae’s Oyster House opened on Charlotte Street in July; and Asheville Proper, a new steak restaurant, opened in August inside the Grove Arcade in downtown.

-The annual North Carolina Apple Festival in Hendersonville, scheduled for Labor Day Weekend, has been canceled this year due to concerns regarding the spread of Covid-19. Instead of the street fair and parade, festival organizers want folks to go visit local apple farmers, many of whom will be offering “you pick” options that feature tons of outdoor space with people socially distanced.

The Uncommon Market’s holiday market, which will feature more than 75 vendors selling everything from handmade crafts to vintage goods …
Read More