Some of what’s going around:

–MOD Pizza is coming to a former Exxon station on Merrimon Avenue in North Asheville.  MOD Pizza makes each of its restaurants a mini art gallery. What is MOD Pizza all about? Check out this CNBC story, which explains that Scott Svenson, a former Starbucks executive, and his wife Ally founded MOD Pizza in 2008. A snippet:

Now, the Svensons are rapidly expanding their next venture — transforming the world of pizza as co-founders of MOD Pizza, which they claim is the first fast-casual customizable pizza company.
With 114 stores and operations in 16 states, MOD Pizza has grown quickly since its 2008 opening. The company has raised more than $107 million in funding.

–UNC Asheville’s Board of Trustees met on Friday. There were a couple of significant orders of business: the board voted to affirm Chancellor Mary Grant’s statement on North Carolina’s new controversial law known as HB2. (Here’s a map of UNCA’s gender neutral bathrooms.) The statement, in part:

On Monday, March 28, a federal lawsuit was filed by the ACLU of North Carolina, Equality NC and members of the UNC community seeking to stop implementation of this law. We are working closely with the UNC system’s General Administration to understand the impact of this law, and the subsequent legal challenge to the law, on our campus.

Many of you, including students, faculty, staff, and alumni, have expressed concerns, fears, and anxiety over the passage of this bill. I share these concerns.

As I wrote in my earlier message, I want to assure you that we fully support our LGBTQ community and we will continue to do everything in our power to ensure that our campus is a safe place for people of all faiths, races, sexual orientations, abilities and gender identities and that all students, faculty, staff, and visitors to our campus are treated with dignity and equity.

The Board of Trustees also approved a resolution to hire a construction manager for a renovation job that will be paid for by funds approved last month in a statewide bond referendum. Additionally, the board recognized UNC Asheville’s men’s and women’s basketball teams. Both teams, their coaches and staff were on hand to receive congratulations on their seasons. Both teams won their respective conference tournaments and played in the NCAA basketball tournament, the first time that has happened at the university. Both teams lost to their first round opponents – the women to Kentucky and the men to Villanova, the eventual champion.

-A new escape room, Breakout, is planning to open in downtown Asheville, at 60 Patton Ave. next to the S&W Cafeteria building. “You’ll solve puzzles, crack codes, find hidden items, and more in order to escape. You have one goal: escape the room in under one hour,” the website proclaims.

–Hops & Vines, a West Asheville beer/wine/home brewing supply store, is up for sale.

-On April 19, The Grey Eagle will honor the recent passing of country music legend Merle Haggard. “Some of Asheville’s finest musicians gather to celebrate the life and music of the legendary Merle Haggard. More details coming soon,” the website states.

-Interested in development along the French Broad River? Then this meeting’s for you:

Each third Thursday of the month, the City of Asheville Riverfront Redevelopment Office hosts Open Office Hours at City Hall. On April 21, please join us from 3 to 5 p.m. to talk about plans and ideas to support river recreation. These meetings are informal in that you can drop in at any time.

Topics of discussion will include:

New and improved French Broad river access points;
A community-led proposal for a whitewater feature on the river;
Public gardens and urban forestry opportunities;
The City of Asheville’s application for a 2016 North Carolina’s Parks and Recreation Trust Fund grant. If awarded, the grant would provide improved recreation facilities and public art opportunities for the RADTIP (RiverWay) project and 14 Riverside Drive renovation.

We’ll meet from 3-5pm on the 6th Floor of City Hall (notice, this is a change from the usual 5th floor location). Representatives from the following organizations may be in attendance: the French Broad River Whitewater Park organization; NC Wildlife Resources Commission; the Parks and Greenways Foundation; Asheville Greenworks; Boy Scouts of America Daniel Boone Council and RiverLink. 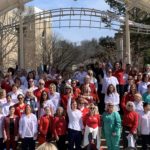 Asheville’s Fireside Collective poised for a run with new record 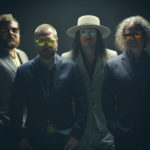 It’s a rainy West Asheville morning, and Charles R. Humphrey III’s just back from the polling place, and his “I …
Read More 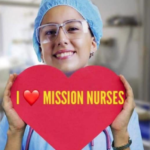 Bernie Sanders: Mission Health nurses are unionizing, and I applaud them 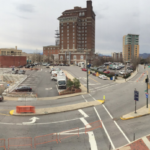 From ‘pit of despair’ to ‘civic plaza’; concepts presented for Haywood-Page lot development 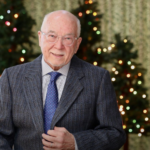 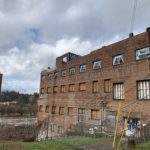 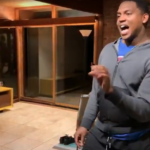 Your Feet’s Too Big! Cabaret show set for Feb. 29 in Hendersonville

Performer Andre’ Ellerby Your Feet’s Too Big! Cabaret, an exhilarating evening of song, will feature the music of three iconic …
Read More 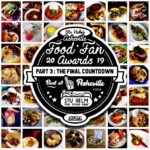 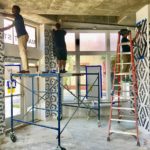 LEAF Community Arts, an Asheville nonprofit  that aims to connect people and cultures through music and the arts, is marking …
Read More 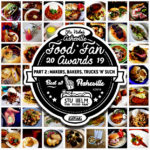 More of what’s going around: -Allegiant announced that it was adding four new flights from Asheville Regional Airport: The Asheville …
Read More

Some of what’s going around: -The Aloft Hotel on Biltmore Avenue is due for a refresh. Permits have been pulled …
Read More 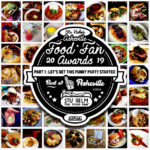 More of what’s going around: -Sunny Point Cafe plans to renovate the house at 9 State Street, which shares the …
Read More 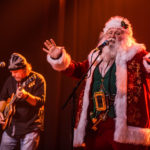