Editor’s note: Jane and I had the pleasure of  working with Rose for our October wedding. We were absolutely delighted with her professionalism and the beautiful, honest images she captured. The following is a story aimed at helping promote Rose’s work, and we encourage you to read more about this talented photographer who is re-rooting herself in Asheville.

From performing with Asheville’s beloved burlesque troop The Rebelles, to establishing herself as a respected wedding photographer, Kaz embraces the theatrical and the authentic as she applies her storytelling eye to her work.

Kaz, born and bred in Chicago, arrived in Asheville in 2001 to attend Warren Wilson College. While taking advantage of the school’s unique, enriching liberal arts curriculum, she found her tribe in The Rebelles just as she was finishing her education there.

“This group of brazen, smart, 20-plus women, all extremely professional and super educated, really captured me,” Kaz says.

“I was sort of taken in by my misfit family – women from all walks of life, all shapes and sizes – to become a better misfit,” Kaz adds. “That smart feminism in a healthy, classy and funny context really inspired me and taught me so much.”

It was a great run, but Kaz found herself drawn back to Chicago to care for her ailing mother. She started working as a freelance photographer, though she’d nurtured an interest in photography over the years. (With her first camera, a Mickey Mouse-shaped instrument, she focused through the eyes of the famous Disney mouse.) In her studies, she considered law “because I was really good at arguing,” she says.

But Kaz gravitated back toward art, and photography was her preferred mode of expression. The medium was also a focus throughout her undergraduate studies.

“I was working, interning, running all over the city doing any paying gig,” Kaz says. She did everything from assist other professional photogs, both studio and wedding, to some photojournalism work.

“I didn’t intend to start my business there, but finally it just got to the point where I could launch my own thing,” she says.

Kaz’s mother passed away the same year that she formalized her business, Rose Photo. It was a bittersweet moment. “You just keep going!” Kaz says she told herself. “It was just all happening so quickly.”

Kaz focused on storytelling with her brand of photography. She immediately applied lessons learned from all those Rebelles shows.

“It’s really about engaging your audience and creating a symbiotic relationship with your audience, which in my case is my clients and their families,” she says. “I’m really interested in learning their stories.” 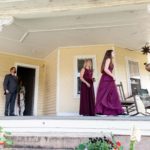 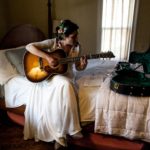 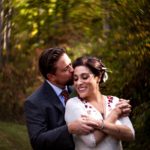 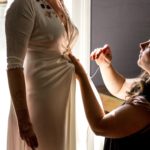 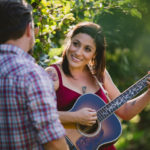 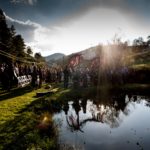 During a decade of capturing love stories through shooting weddings, and with just as much time spent on portraiture, Kaz says she’s found endless variety.

“The storyline is always different. My hope is that I’m attracting clientele that want to relive their wedding day through photos in a meaningful way, not in a contrived, posed or inauthentic way,” she says. “That’s the beautiful art of telling love stories through the lens,” she adds.

Kaz says her ideal client is somehow interested in art.

“Perhaps they work in the creative field, or I see them having a creative flair. I want to play with that. I build a trust so that I’m their artsy friend that allows them to be a little more creative,” she says. “My favorite part is directing a little bit, and then falling back” and capturing those moments.

With wedding photography comes engagement shoots, and an extension of that is what Kaz considers her wheelhouse – portraiture. “I can get on people’s levels, make them feel comfortable and work with them,” she says. 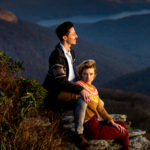 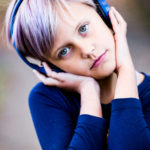 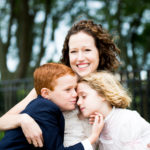 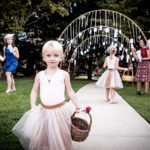 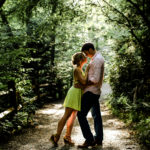 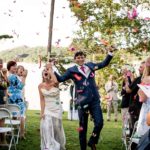 “It’s a mindfulness, a collaboration. If that can lead, for example, to an Instagram feed that’s colorful and helps a business sell their product, that’s great,” she says.

Kaz says she’s been interested in fostering connections among smart women ever since her time with The Rebelles. In Chicago, she launched a periodical panel discussion she calls #LadyBoss. She describes it as “a woman-forward, creative think tank that encourages, fosters and mentors heart-lead entrepreneurs from various demographics and regions of the world.”

“I wanted to do something that was inspiring and that was setting women up for success,” she says. The panels have focused on various topics, says Kaz. One favorite was titled “How to Slay in a Male-Dominated Field.” The last of the four-part series for this year wrapped at Chicago’s SoHo House. Kaz plans to bring the program to Asheville. She’s also slated to present it in Canada and Europe next year.

In the end, it’s all fuel Kaz’s creativity.

“As a creative, I really try to be everywhere. I can moderate a panel, jump in front of a camera or behind it,” Kaz says.

“I want to make things happen.”

Ghost of the NantahalaReady to crank up the Rudolph publicity machine? CNN is. The cable news company is already hawking …
Read More

Little GrinchGoodbye little February, short month of short days of short breath. Goodbye. You haven’t been so bad, although the …
Read More

If you like country music, Kenneth Brian is your guy. Country, like Hank and Dwight and the old rockabilly boys …
Read More

Tom’s house is a mansion, really, not a cabin. A mansion, by my standards, and bought for a song by …
Read More

Fear and water in Ashvegas